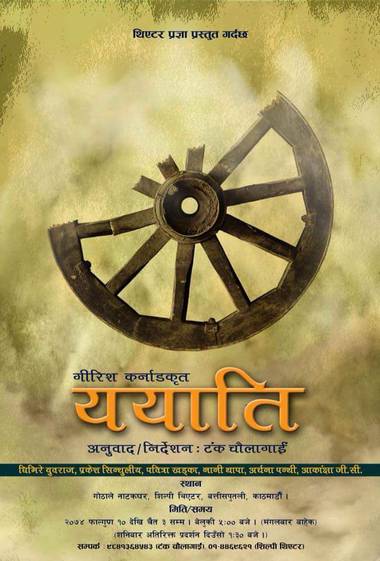 A Nepali adaptation of Indian playwright Girish Karnard’s debut play, Yayati, is slated to open at Shilpee Theatre, in Battisputali, today. The play is translated into Nepali and directed by Tanka Chaulagain.

“Yayati is a play laden with religious elements, requiring the use of traditional theatrical techniques. But here I have tried to blend the traditional with the modern theatrical sensibilities so that it is easily accessible to a larger audience base,” Chaulagain said. “Having said that, I have, however, abstained from using cheap comedic gimmicks to appeal to the audience’s taste.”